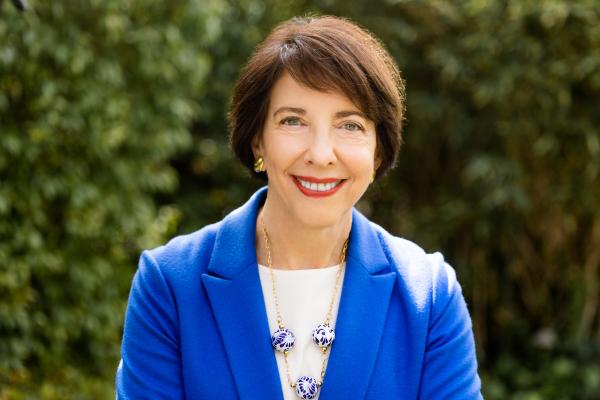 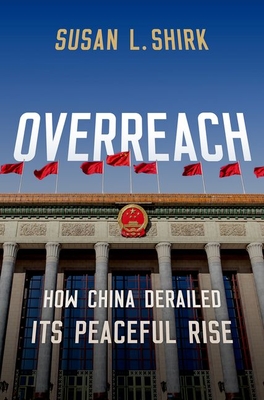 $29.95+tax: One reserved seat and one copy of OVERREACH, to be picked up at Warwick's the evening of the event

Reserved Seating is available when Overreach is pre-ordered from Warwick's through the linked green "Reserve Seats Here" button above. Only books purchased from Warwick's will be signed. Please call the Warwick's Book Dept. (858) 454-0347 for details.

On Thursday, December 1st at 7:30pm Warwick's will host Susan L. Shirk as she discusses and signs her new book, Overreach: How China Derailed Its Peaceful Rise. Susan L. Shirk is a Research Professor and Chair of the 21st Century China Center at the School of Global Policy and Strategy, UC San Diego. Shirk is the author of China: Fragile Superpower, and The Political Logic of Economic Reform in China. From 1997-2000, she served as Deputy Assistant Secretary of State in the Bureau of East Asia and Pacific Affairs, with responsibility for China, Taiwan, Hong Kong and Mongolia.

For three decades after Mao’s death in 1976, China’s leaders adopted a restrained approach to foreign policy. To facilitate the country’s inexorable economic ascendence, and to prevent a backlash, they reassured the outside world of China’s peaceful intentions.

Then, as Susan Shirk shows in this illuminating, sobering, and utterly persuasive new book, something changed. China went from fragile superpower to global heavyweight, muscling its way around the South China Sea, punishing countries that disagree with China, intimidating Taiwan, tightening its grip on Hong Kong, and openly challenging the United States for preeminence not just economically and technologically but militarily. China began to overreach.

Combining her decades of research and experience, Shirk, author of the hugely influential China: Fragile Superpower, argues that we are now fully embroiled in a new cold war.

Prying open the "black box" of China’s political system, Shirk shows the shift toward confrontation began in the mid-2000s under the mild-mannered Hu Jintao. As China’s economy boomed, especially after the Global Financial Crisis of 2008, Hu and the other leaders lost restraint, abetting aggression toward the outside world and unchecked domestic social control. When Xi Jinping took power in 2012, he capitalized on widespread official corruption and open splits in the leadership to make the case for more concentrated power at the top.

In the decade following, and to the present day, Xi has accumulated greater power than any leader since Mao. Those who implement Xi’s directives compete to outdo one another in fervor, provoking an even greater global backlash and stoking jingoism within China on a scale not seen since the Cultural Revolution.

Shirk’s extensive interviews and meticulous analysis reveal the dynamics driving overreach. To counter it, she argues, the worst mistake the rest of the world, and the United States in particular, can make is to overreact. Understanding the domestic roots of China’s actions will enable us to avoid the mistakes that could lead to war.