The Last Train to London 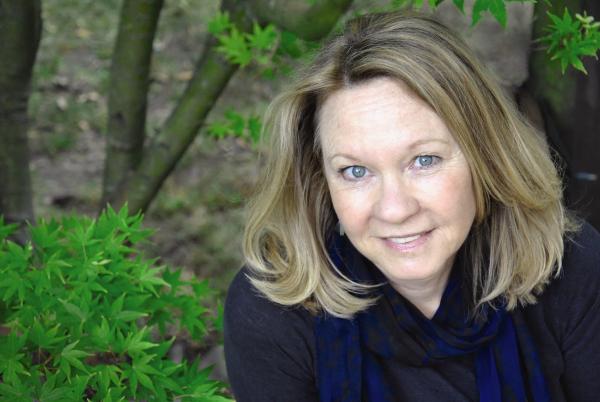 The Last Train to London

On Tuesday, September 17th at 7:30pm Warwick's will host Meg Waite Clayton as she discusses and signs her new book, The Last Train to London. Meg Waite Clayton is a New York Times bestselling author of six novels, including Beautiful Exiles; the Langum Prize-honored The Race for Paris; The Language of Light, which was a finalist for the Bellwether Prize for Socially Engaged Fiction (now the PEN/Bellwether); and The Wednesday Sisters, which was chosen as one of Entertainment Weekly's 25 Essential Best Friend Novels of all time. She writes “Listening In,” a monthly audiobook review column for the San Francisco Chronicle, and has written for the Los Angeles Times, New York Times, Washington Post, Forbes, and public radio. A graduate of the University of Michigan and its law school, Meg lives in Palo Alto, California. This event is free and open to the public. Reserved Seating is available when the book is pre-ordered from Warwick's for the event. Only books purchased from Warwick's will be signed. Please call the Warwick's Book Dept. (858) 454-0347 for details.

As 1937 approaches, fifteen-year-old Stephan Neuman, the Jewish heir to a great chocolate-making fortune, has no interest in Vienna’s swirling tensions. Seemingly insulated by his family’s wealth and respectability, the aspiring playwright roams the city blithely with his best friend Žofie-Helene, a Christian math prodigy. But the Nazi annexation of Austria unleashes a dark reality that forces them to grow up quickly. And nothing will ever be the same for these erstwhile innocents or their loved ones.

A beacon of hope to many, childless Dutchwoman Truss Wijsmuller has already spent several years crisscrossing the border to spirit Jewish children out of Germany. Often, her quick thinking, steely nerves, and strategic charm are all that avert a tragic outcome for the frightened charges who call her Tante Truss. But much to her dismay, the world appears apathetic to their plight as nation after nation rebuffs increasingly desperate asylum seekers from the Reich. Despite the escalating danger, Truus is driven to save all the lives she can before it’s too late.

Finally, the United Kingdom relents and agrees to take in imperiled child refugees. With the clock ticking, Truus travels to Vienna where she must secure the approval of Adolf Eichmann, an ambitious bureaucrat working tirelessly to solve “The Jewish Problem.” His chilling ultimatum gives vulnerable youngsters, including Stephan, Žofie-Helene, and Stephan’s brother Walter, a shot at freedom. But the trip into the unknown is harrowing—and the haven they seek just might be illusory.

A riveting depiction of a terrible time, The Last Train to London offers a transcendent reminder about the power of ordinary people to achieve the extraordinary.

The Last Train to London: A Novel (Hardcover)