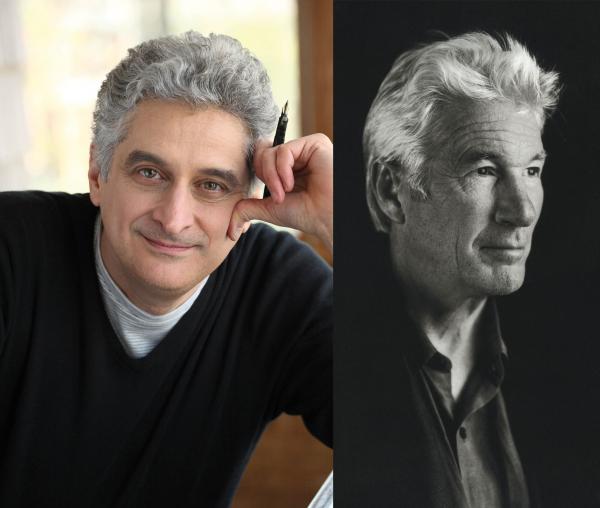 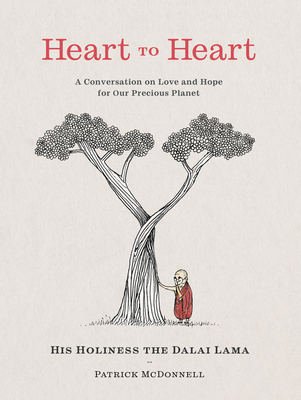 This is a free Zoom webinar. Please consider purchasing HEART TO HEART through Warwick’s to support the author and our event series.

This is a free virtual event; registration is required. Click the green "Register Here" button above to sign up through our Eventbrite page.

On Thursday, February 2nd at 4:00pm PST Warwick’s will host Patrick McDonnell as he discusses his new book, Heart to Heart: A Conversation on Love and Hope for Our Precious Planet, in conversation with Richard Gere. Patrick McDonnell is the creator of the beloved internationally syndicated comic strip MUTTS, which features the characters that star in five of his children's picture books: Just Like Heaven, Hug Time, South, Wag!, and The Gift of Nothing. He is also the creator of Me... Jane, a Caldecott Honor Book and a New York Times bestselling picture book biography of Dr. Jane Goodall, and has written and illustrated A Perfectly Messed-Up Story and the award-winning picture book Art. He lives in New Jersey with his wife, Karen; their formerly feral cat, Not Ootie; and their adopted terrier, Amelie.

At the Dalai Lama’s residence in Dharamsala, India, an unusual visitor has arrived. His Holiness interrupts his morning meditation to greet a troubled Giant Panda who has travelled many miles to see him. Welcoming him as a friend, His Holiness invites the Panda on a walk through a cedar forest. There in the shadow of the Himalayas, surrounded by beauty, they discuss matters great and small . . .

With a galvanizing message about the future of our planet—text by His Holiness accompanied by McDonnell’s masterful illustrations—Heart to Heart calls for a Compassionate Revolution, reminding us that “we are indeed all members of a single family, sharing one little house.” Told with whimsy, wisdom, and warmth, this beautiful book is deceptively simple in its approach and all the more powerful for it, as it elegantly and decisively conveys a message of joy, hope and change. “There are only two days in the year that nothing can be done. One is called Yesterday, and one is called Tomorrow.”

Humanitarian, actor, producer and Golden Globe winner, Richard Gere is known for his roles in films such as An Officer and a Gentleman, Days of Heaven, American Gigolo, Breathless, Pretty Woman, First Knight, Primal Fear, Chicago, Unfaithful, Looking for Mr. Goodbar, The Cotton Club, Shall We Dance and Internal Affairs. He is starring in a new film, Maybe I Do, alongside Diane Keaton, Susan Sarandon, Emma Roberts, Luke Bracey, and William H. Macy, in theaters January 27th. Other recent film credits include Three Christs, co-starring Peter Dinklage, Walton Goggins and Bradley Whitford; and The Dinner, which was based on a novel written by Herman Koch. He also starred in Joseph Cedar’s film Norman: The Moderate Rise and Tragic Fall of a New York Fixer, co-starring Charlotte Gainsbourg, Dan Stevens, Michael Sheen, and Steve Buscemi. In 2015, he appeared in Andrew Renzi’s The Benefactor, alongside Dakota Fanning and Theo James.

Among his recent projects are the highly acclaimed art house film Time Out of Mind, directed by Oren Moverman; and The Second Best Exotic Marigold Hotel, directed by John Madden. Gere also appeared with Susan Sarandon in Arbitrage, directed by Nicolas Jarecki which brought him his second Golden Globe nomination for Best Actor.

Mr. Gere has won numerous humanitarian awards acknowledging his commitment to human and civil rights, health, education and the plight of those disenfranchised everywhere. For the last two decades, he has served as Chairman of the International Campaign for Tibet.

Heart to Heart: A Conversation on Love and Hope for Our Precious Planet (Hardcover)