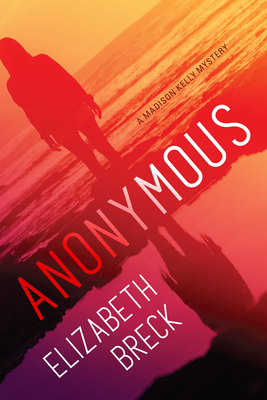 Anonymous is available for pre-order now!

On Thursday, November 19th at 4:00pm PST Warwick's will host Elizabeth Breck as she discusses her new book, Anonymous (Madison Kelly Mystery #1), in conversation with lifestyle blogger Dani O’Brien. Elizabeth Breck is a state of California licensed private investigator. A native Californian, she had read Harriet the Spy twenty times by the time she was nine, so it was no surprise when she grew up to become a PI. She has worked mainly in the field of insurance investigations, making her the real-life version of Sue Grafton's Kinsey Millhone. In 2013, she decided to go back to school, earning a bachelor's degree in writing, summa cum laude, from the University of California San Diego. Anonymous is her first novel. She lives with a black Labrador named Hubert, who is her best friend.

The note was threatening enough - but its link to two cold cases and a sinister unseen presence sends P.I. Madison Kelly on a frantic search for the truth.

Madison Kelly, a San Diego private investigator, arrives home to a note stabbed to her front door: Stop investigating me, or I will hunt you down and kill you. The only problem? Madison hasn't been investigating anyone - she's been taking time off to figure out what to do with her life. But how does she prove a negative? The only way to remove the threat is to do exactly what "Anonymous", the note writer, is telling her not to do: investigate to see who left it. Could this have something to do with the true crime podcast she's been tweeting about, and the missing girls?

The girls went missing, two years apart, after a night at the clubs in San Diego's famed Gaslamp Quarter, and Madison had been probing the internet for clues. She discovers that someone has been one step ahead of her, monitoring her tweets to prevent her from getting too close. Soon Madison's investigation brings up more questions than answers: are the disappearances connected? Are the girls dead or did they just walk away from their lives? And who is Anonymous, the person who will stop at nothing to keep Madison from learning the truth?

As she closes in, so does Anonymous. Set against a backdrop of surfer culture and coffee houses of San Diego, Anonymous follows Madison as she confronts the reality of the girls' disappearance in a terrifying climax where the hunter becomes the hunted - and Madison is running for her life.

Dani O’Brien is the creative behind the lifestyle blog Culley Avenue, a platform that encourages doing more with your hands and creating the life of your dreams, no matter where you live. Her passion for building a one-of-a-kind life started after moving from San Diego to rural Nebraska. Through Culley Avenue, Dani shares how to bring joy into your life, without having to travel to exotic destinations.