The Master and The Marionette (Paperback) 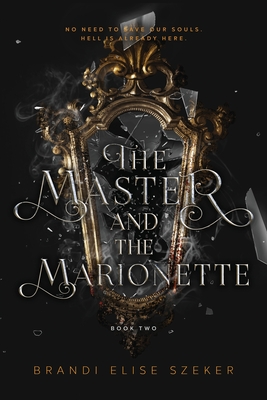 Skylenna has left the Chandelier City, The Emerald Lake Asylum, and the twisted societal restraints of women to run away with the patient everyone fears. Dessin.

As they hide in the unchartered forests surrounding the city, Skylenna learns that the mystery of the infamous Patient Thirteen is far from over. There are still the missing pieces of her past and a master plan that relies on Skylenna trusting Dessin with blind faith. And with each dangerous situation comes a new alter, a new personality to meet, a new man that deepens her attraction.

It isn't until they run into unexpected allies and ancient colonies of the forests that they learn of a reason to go back to the asylum willingly. But Skylenna doesn't have the luxury of obtaining her old conformist position. This time around, she must accept a new role as the twelfth patient of The Emerald Lake Asylum.

Simulated drownings, force-feedings, whippings, and life within the torturous cage of Demechnef. Skylenna begins to wonder how much of this game she'll be able to endure.

Will Dessin prove she means as much to him as he does to her? Or is the master merely playing with his marionette?

Disclaimer: This book contains explicit content and dark elements and may be considered offensive to some readers. Check trigger warnings before reading. It is not intended for anyone under 18 years of age. Please store your files wisely, where they cannot be accessed by underage readers.

This is a dark dystopian society that is intended to be problematic. Please note that this is a fictional world and in no way reflects on the author's personal beliefs. We will see the society grow and correct its moral compass over the series.