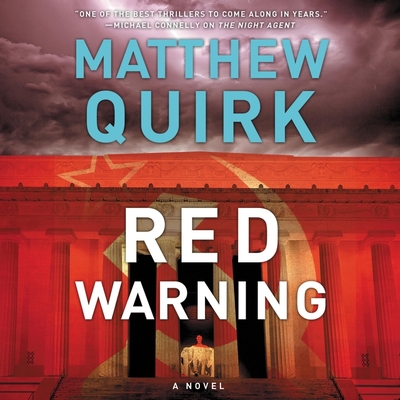 By Matthew Quirk, Will Damron (Read by)
$41.99
Have a question? Please let us know and we will reply as soon as we can. Thanks!

CIA officer Sam Hudson races to find a deep cover operative loose in the U.S. and a mole in the Agency before they can launch a devastating attack on Washington, D.C., in this adrenaline-fueled thriller from the author of The Night Agent and Hour of the Assassin.

For years CIA officer Sam Hudson has been hunting Konstantin, a Russian deep cover operative responsible for a string of assassinations in the West--and he believes a well-placed source in Geneva can finally get him close to the killer. But when their meeting is ambushed, Sam's partner is murdered and he barely makes it out alive himself.

Back in the States, the bosses put him on leave and want him to drop his obsession with Konstantin, but Sam can't let a man who's taken so many lives slip away again. When he gets a mysterious call at the Lincoln Memorial just before a bomb goes off, he realizes Konstantin has followed him to the U.S.--and is targeting him and everyone close to him. Teaming up with fellow CIA officer Emily Pierce, he sets out to redeem himself and uncover a plot that has been lying in wait since the end of the Cold War, its elements hidden among the most iconic buildings in the capital.

With enemies lurking both inside and outside the Agency and the Russian threat looming ever larger, Sam must use all his training and nerve to stop Konstantin before he can trigger the plot to devastate Washington and bring the US to its knees.