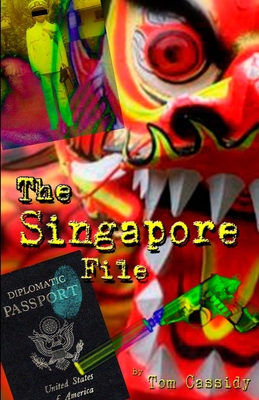 By Tom Cassidy
$12.99
On Our Shelves Now (Please contact store to confirm availability)

What if the CIA secretly enlisted your help to catch a KGB mole inside the American Embassy in Singapore?This is the situation confronting US Navy intelligence officer Lieutenant Commander Dalton Kane. He's not Bond, but he's an astute analyst with patriotic fervor and an indelible memory for details. What distinguishes him too, is his ability to "fly under the radar" and remain undetected. Even the ambassadress is unaware Kane is covertly partnered with the embassy's CIA station chief on the case. As the new assistant naval attach , Kane combines his official and clandestine spy-catching duties sleuthing through the harbor and nonstop diplomatic social settings where he meets an irresistible Eurasian beauty who steals his heart.Profilers believe the KGB operative detected by the National Security Agency is male, college educated, and well-positioned in the embassy. He probably has a security clearance; he's cunning and secretly disgruntled. But the embassy is a rogues' gallery of suspects and unwitting accomplices: a surprisingly naive ambassadress, herself needing improved security awareness; her secretary, a loyal but capricious party girl; the deputy chief of mission, a domineering egotist aspiring for ambassadorship; the consul, perhaps too impeccable, too slick; and others including a stormy young man in the economics section.A mutilated, floating, Caucasian female corpse, the stunning homicide of the KGB resident, and the flight and disappearance of a prime suspect into the Malaysian jungle are milestone developments.In the end Kane puts his life on the line against a surprising and very formidable opponent. As vital seconds tick away he feels panic transmitted through the gun barrel pointed at him, and wonders if help will arrive before the hammer falls.