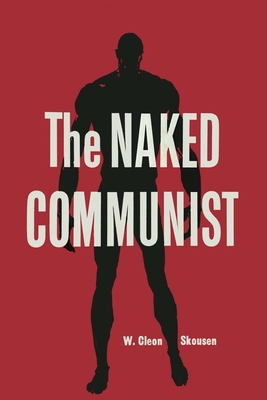 By W. Cleon Skousen
This title is not available for purchase.
Usually Ships From Store in 3-5 Business Days
(This book cannot be returned.)

Facsimile of 1960 Edition. The Naked Communist was first published in 1958 and immediately exploded in popularity, selling almost two million copies to date and finding its way into the libraries of the CIA, the FBI, the White House, and homes all across the United States. It is here reprinted from the Edition of 1960. The work is an attempt at a full history of Communism, from the tragic falls of China, Korea, Russia, and the UN, to the fascinating histories of Alger Hiss, Whittaker Chambers, Elizabeth Bentley, and General MacArthur. The book lays out the entire graphic story of communism, its past, present, and future. After searching unsuccessfully for a concise literature on the communist threat, W. Cleon Skousen saw the urgent need for a comprehensive book that could guide the American conversation. As a result, he distilled his FBI experience, decades of research, and more than one hundred communist books and treatises into one clarifying, readable volume that became a touchstone of conservative American values and earned praise from the likes of President Ronald Reagan, Glenn Beck, and Ben Carson. Lauded by one reviewer as "the most powerful book on communism since J. Edgar Hoover's Masters of Deceit," this text draws a detailed picture of the communist as he sees himself: stripped of propaganda and pretense. Readers gain a conservative unique insight into the inner workings of communism--its appeal, its history, its basic and unchanging concepts, even its alleged secret timetable of conquest.