The Great Cause (Paperback) 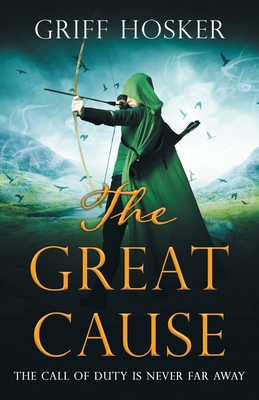 In thirteenth-century Britain, Gerald Warbow, legendary archer to the king, prepares to pass on the torch ... once he's dealt with William Wallace ...

Having fought valiantly for Lord - now King - Edward, Gerald Warbow has settled into the life of a country gentleman. He has a comfortable life with a wife he loves and three growing - if occasionally irritating - children. Conscious that time is passing, Gerald devotes his time to farming and to training local archers, including his eldest son, Hamo.

But the call of duty is never far away.

The mysterious death of King Alexander of Scotland in 1286, and subsequent questions of succession, have plunged that nation into turmoil. In Wales, trouble still abounds. And as discontent threatens to spill over on several fronts, Gerald is once again called into action for his king and his people.

The Great Cause is the fifth book in Griff Hosker's acclaimed Lord Edward's Archer series, and takes the reader on an immersive journey through medieval England, Wales and Scotland with great attention to detail and striking accuracy. It is essential reading for all fans of the series, for anyone interested in military and medieval history and for all who appreciate good historical fiction.

Griff Hosker is a native Lancastrian and former teacher who is now a full-time author of historical fiction. His books, which span periods from the Roman Empire to the Second World War, are widely admired for their meticulous accuracy and attention to period detail.