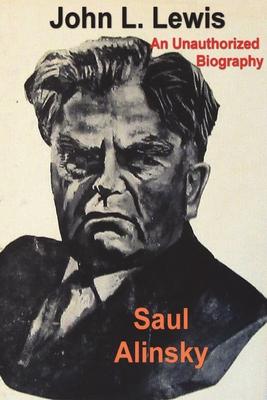 By Saul Alinsky
Have a question? Please let us know and we will reply as soon as we can. Thanks!

This is the story of a 30 year, one-man war. The author confesses his bias - in favor of labor, in friendship with Lewis, but he manages to present Lewis convincingly, with his complicated personality, his inconsistencies, his dynamic power, his ruthless use of any means to his end. He traces the steps by which he reached the peak from the pits of Illinois mines. He tells how he created C.I.O. in protest over the limitations of A.F. of L.; of how he secured his own U.M.W. even at the cost of dictatorship. He goes behind the scenes for his breaks with Green, with Murray, with Roosevelt. But the end-all is gains for his miners - in pay, in safety, in security. Brilliant analysis, an unflaggingly interesting chapter in American labor, it provides an interesting insight into a fascinating part of American history. It's a reminder of what unions did achieve and it is a contrast to the comparative powerless of unions these days.