Unraveled: A Climber's Journey Through Darkness and Back (Paperback) 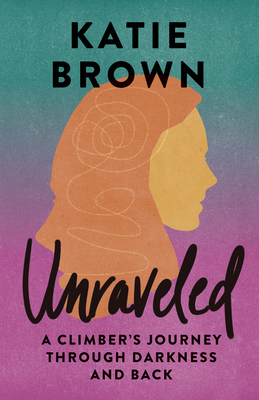 As a teen phenomenon, Katie Brown raised the bar to a whole new level. Unraveled is an honest and bold recounting of how Katie was able to navigate the dark days of her childhood to become a world champion climber, mother, and amazing human being. --Lynn Hill, author of Climbing Free: My Life in the Vertical World As a teenager in the 1990s, Katie Brown was one of climbing's first comp kids--a young natural who, along with her peers, redefined the image of a strong and successful climber. After climbing for less than two years, Brown won her first junior national title. The next year she became the Junior World Champion at age 14 in Laval, France. In 1996 she won both the Rock Master--a prestigious international contest in Arco, Italy--and the esteemed X-Games. From 1996 on, Brown won every US Adult National that she entered, as well as a World Cup Title in France in 1999. Yet even as she reigned on the podium, Brown felt her life begin to unravel. A quiet child, she struggled with a home life that was very different behind closed doors than it seemed on television. A fundamentalist version of Christianity was at the center of the household, and Brown fought to live according to rules that were strict, ever-changing, and irrational. Isolated and feeling hopeless, Brown latched onto food as something she could control. She quit competitive climbing and bounced in and out of the industry, eventually disappearing in her late twenties. Now, more than two decades later, Brown is ready to share her story. Unraveled answers the question thousands of fans worldwide have wondered: What ever happened to Katie Brown?