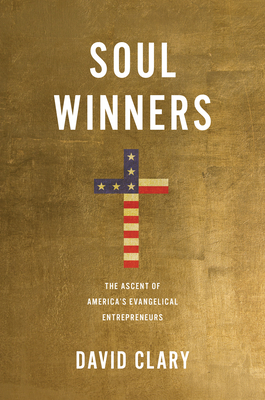 American evangelicals have always been innovators. They reimagined what a church could be, whether it was a humble tent in a rural field or a high-tech urban megachurch. They embraced new forms of media to spread their message to the masses. They thrived in a fiercely competitive religious marketplace. In Soul Winners, journalist David Clary argues that this entrepreneurial spirit has indelibly shaped evangelical ministries and their worldview. For generations, evangelical leaders have partnered with tycoons to pay for their churches, crusades, and campuses. In turn, evangelicals adopted the pro-business, anti-government values of their conservative benefactors. White evangelicals evolved into the Republican Party's most loyal voting bloc. The close relationship between business and evangelicals has produced the growth-oriented megachurches that dot the nation's landscape. Pastors such as Rick Warren used market research and management theory to create their "seeker-sensitive" churches. Televangelists and "prosperity gospel" preachers, most notably Joel Osteen, tell their audiences that faith will be rewarded in this world as well as in the kingdom to come. Clary's narrative approach brings to life colorful characters such as the ballplayer-turned-preacher Billy Sunday, who condemned the "godless social service nonsense" of liberal churches, and Billy Graham, who brought evangelicalism into the highest precincts of business and politics. Soul Winners offers a fresh, balanced perspective on evangelicals and the consequences of their enduring influence on American life.

David Clary is an award-winning author and a news editor at The San Diego Union-Tribune. Clary's latest book is Soul Winners: The Ascent of America's Evangelical Entrepreneurs, published by Prometheus Books, an imprint of Globe Pequot, in August 2022. Soul Winners explores how America's entrepreneurial spirit has shaped evangelical ministries and influenced their worldview. Soul Winners blends meticulous research and thorough reporting to explain how evangelical entrepreneurs rose to power and assesses the consequences for the country. His previous book, Gangsters to Governors: The New Bosses of Gambling in America, earned medals from the Independent Publisher Book Awards and the Next Generation Indie Book Awards in 2018. The book, published by Rutgers University Press, explores how and why states have encouraged and promoted the expansion of legalized gambling in America. Gangsters to Governors was cited five times in the U.S. Supreme Court's majority opinion that struck down the federal ban on sports gambling in May 2018. Before joining the Union-Tribune in 2002, he worked in a variety of editing and design roles at The Plain Dealer in Cleveland. Clary, a native of Central New York, is a graduate of Syracuse University with degrees in newspaper journalism and political science.