The Hanged Man of Conakry (Paperback) 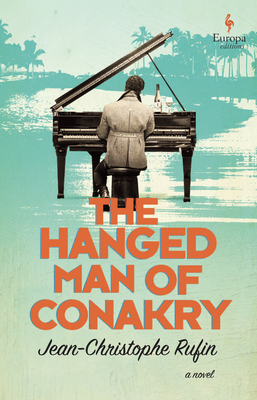 Something has got Aurel Timescu's attention: an unsolved and apparently unsolvable crime. A vacationer has been found hanged. And it is a crime that will go unpunished if Aurel isn't ready for the fight of his life.

Aurel Timescu's French is tinged with a Romanian accent, he has the disheveled air of a character from between the wars, and a past as a performer in piano bars. Nobody can quite understand how he got to be Consul. Now, he's taken a position in French Guinea--what a place for a man who says he can't stand the heat He passes his time perspiring, drinking gallons of Tokay, and composing librettos.

Until, that is, a vacationer is found hanging from the mast of a sailboat. How did he end up dead, on a mast, on Aurel Timescu's watch? Had his personal life been hanging by a thread? Was he hanging around waiting for love to be reciprocated? Had he been hanging out with the wrong crowd? Had he hung his hat on the peg of some quixotic dream?

Prize-winning and best-selling author, and a former diplomat, Jean-Christophe Rufin brings Aurel to vivid life in this entertaining and gripping story.