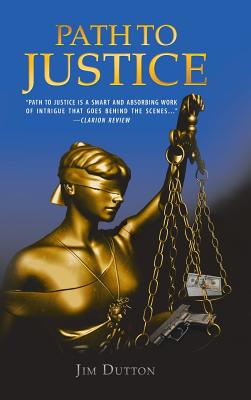 Path to Justice exposes the harsh realities and sacrifices necessary to build a case against a ruthless drug cartel, the Baja Norte Familia. Insights and strategies for conducting a complex international investigation and for trying a drug distribution, money laundering, and murder conspiracy case in federal court are interwoven with perilous confrontations with the cartel. The reader lives the case with the career prosecutor and veteran agents--how they think and how they banter to get by. Path to Justice takes the reader from the Montana-Canadian woods, the ice-bound lakes of Glacier National Park and the plains of Kansas to the beaches of San Diego and the hills above Rosarito Beach, Baja California Norte. Lead prosecutor and chief of a federal task force, Nick Drummond, struggles with personal demons and his relationship with task force agent Ana Schwartz in his efforts to convict the heads of the Familia cartel. In Drummond's Path to Justice, he faces the ethical dilemma of his career.

Jim Dutton was a career prosecutor in California. National television shows, Cold Case, 48 Hours, and Forensic Files have featured his murder trials. He was the Chief of the California Attorney General's Money Laundering Program for twenty years and testified before the U.S. Congress several times on that subject. He has written money laundering and financial investigation legislation that is currently California law. He has successfully argued several cases before the California Supreme Court. Jim is an avid outdoorsman, photographer and traveler. He has written numerous travel and legal articles over the years. He lives with his wife, two sons, and their incorrigible rescue dog, Wylie Coyote, in Del Mar, California.