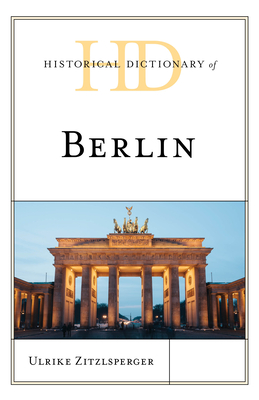 By Ulrike Zitzlsperger
This title is not available for purchase.

After World War II Berlin became one of the playgrounds of the Cold War; the Berlin Wall made the division between East and West, between 'capitalism' and 'communism' in 1961 highly visible, though it did remove Berlin from front-line politics. East and West Berlin had turned into shop-windows of ideologies - West Berlin representing the lure of a market economy, East Berlin the promise of socialism. It is, then, fitting that the fall of the Wall in 1989 awarded Berlin such a prominent role. It was here that the development after Reunification of East and West became a closely observed event - and, well beyond Germany, Berlin appeared to represent fundamental developments throughout Europe at the time. Today, Berlin is the capital of reunified Germany and therefore one of the key political players in the European Union (EU) and it's now a desirable destination for young entrepreneurs. The Historical Dictionary of Berlin contains a chronology, an introduction, and an extensive bibliography. The dictionary section has more than 300 cross-referenced entries on important personalities, places, institutions, and events. This book is an excellent resource for students, researchers, and anyone wanting to know more about Berlin.

Ulrike Zitzlsperger is Associate Professor of German at the University of Exeter (UK). The culture and history of Berlin have been among her main areas of research for many years. She is the author of Historical Dictionary of Contemporary Germany, Second Edition.