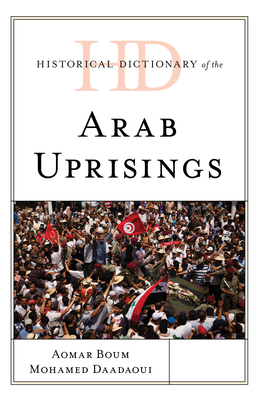 By Aomar Boum, Mohamed Daadaoui
Have a question? Please let us know and we will reply as soon as we can. Thanks!

The Arab uprisings that swept the Middle East and North Africa in the period from 2011- 2012 left an indelible mark on the socio-political landscape of the region. But that mark was not consistent across the region: while some countries underwent dramatic popular social and political changes, others teetered on the brink, or were left with the status quo intact. Street revolutions toppled despotic regimes in Tunisia, Libya, and momentarily in Egypt, while mounting serious challenges to authoritarian regimes in Syria and Yemen. Algeria's entrenched bureaucratic-cum-military authoritarian system proved resilient until the recent events of early 2019 which forced the resignation of President Abdelaziz Bouteflika before the end of his term on 28 April 2019. As in Algeria, protestors in Sudan succeeded, after months of demonstrations, in overthrowing the government of Omar al-Bashir. Several Arab monarchies still appear stable and have managed to weather the tempest of the Arab revolutions, albeit not without fissures showing in the edifice of their states, accompanied by some minor constitutional changes. Where Tunisians, Egyptians, Yemenis, Syrians, and Libyans demanded regime changes in their political systems, protesters in the Arab monarchies have called on the kings and emirs to reform their political system from the top down, indicating the sizeable monarchical advantage. Historical Dictionary of the Arab Uprisings contains a chronology, an introduction, and an extensive bibliography. The dictionary section has over 500 cross-referenced entries on the terms, persons and events that shaped the Arab Spring uprisings. This book is an excellent resource for students, researchers, and anyone wanting to know more about the Arab Uprisings.

Aomar Boum is an associate professor in the Department of Anthropology at the University of California, Los Angeles. He is interested in the place of religious and ethnic minorities such as Jews, Baha'is, Shias and Christian in post-independence Middle Eastern and North African nation states. He is the author of Memories of Absence: How Muslims Remember Jews in Morocco (Stanford University Press, 2013). This book was translated into Arabic and published in Morocco in 2015 by Mohammed V University. He is also the co-author of the Historical Dictionary of Morocco (Rowman and Littlefield, 2016) and The Holocaust and North Africa (Stanford University Press, 2018). Mohamed Daadaoui is professor and chair of Political Science and History at Oklahoma City University. His research interests include political Islam, U.S. Foreign Policy in the Middle East and North Africa, democratization, and the prevalence of authoritarianism in MENA. He is the author of Moroccan Monarchy and the Islamist Challenge: Maintaining Makhzen Power, and has published a number of academic and media articles.