The Old Man and the Sea: The Hemingway Library Edition (Paperback) 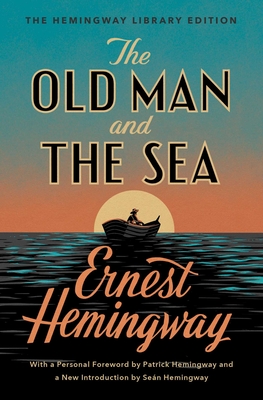 Ernest Hemingway’s most beloved and popular novel ever, winner of the Pulitzer Prize, now featuring a previously unpublished short story and additional supplementary material—plus a personal foreword by the author’s only living son, Patrick Hemingway, and an introduction by the author’s grandson Seán Hemingway.

The last of his novels Ernest Hemingway saw published, The Old Man and the Sea has proved itself to be one of the most enduring works of American fiction. The story of a down-on-his-luck Cuban fisherman and his supreme ordeal—a relentless, agonizing battle with a giant marlin far out in the Gulf Stream—has been cherished by generations of readers.

Hemingway takes the timeless themes of courage in the face of adversity and personal triumph won from loss and transforms them into a magnificent 20th-century classic. First published in 1952, this hugely popular tale confirmed his power and presence in the literary world and played a large part in his winning the 1954 Nobel Prize in Literature.

Ernest Hemingway did more to change the style of English prose than any other writer of his time. Publication of The Sun Also Rises and A Farewell to Arms immediately established Hemingway as one of the greatest literary lights of the twentieth century. His classic novel The Old Man and the Sea won the Pulitzer Prize in 1953. Hemingway was awarded the Nobel Prize for Literature in 1954. His life and accomplishments are explored in-depth in the PBS documentary film from Ken Burns and Lynn Novick, Hemingway. Known for his larger-than-life personality and his passions for bullfighting, fishing, and big-game hunting, he died in Ketchum, Idaho on July 2, 1961.