Safe: How to Stay Safe in a Dangerous World (Paperback) 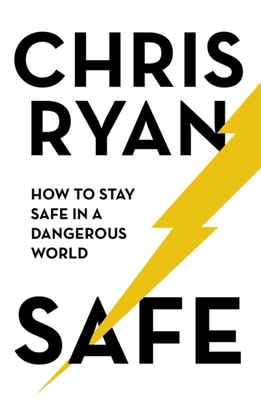 By Chris Ryan
$17.99
Have a question? Please let us know and we will reply as soon as we can. Thanks!

SAS hero Chris Ryan tells you how to keep your family safe in a dangerous world.

In today's increasingly hostile climate people are anxious about how to keep themselves safe.

In 2016, Chris Ryan's family was targeted by a terrorist cell. He didn't know who they were, or where they might strike. All he knew was that he wanted to keep his family safe.

And since that's all any of us want, he decided to write this book.

In SAFE, Chris Ryan has compiled all the personal security expertise he acquired during his time serving with the Regiment - he was awarded the military medal for his quick-thinking and survival instincts. He reveals the skills that kept him safe working undercover in Northern Ireland, on the dangerous streets of central Africa and in the war zones of the Middle East. He explains how civilians can employ these techniques to keep themselves:

· Safe on the streets and in their vehicles
· Safe in a fight or in the midst of a terror incident
· Safe on aircraft or in hostage situations
· Safe from cyber attacks
· Safe in riots
· Safe from sexual predators and much more.

Chris Ryan analyses real-life incidents, such as the Manchester Arena bombing, the London Bridge terror attack and the Tunisian beach shootings, and explains how ordinary people should act if they find themselves in similar scenarios. And he reveals fascinating stories, never before told, about life in the Regiment and the dangers faced by SAS soldiers.

In a world of ever-present, ever-changing threats, this is a book that will empower you to take personal responsibility for your own security.

Former SAS corporal and the only man to escape death or capture during the Bravo Two Zero operation in the 1991 Gulf War, Chris Ryan turned to writing thrillers to tell the stories the Official Secrets Act stops him putting in his non-fiction. His novels have gone on to inspire the Sky One series Strike Back.

Born near Newcastle in 1961, Chris Ryan joined the SAS in 1984. During his ten years there he was involved in overt and covert operations and was also sniper team commander of the anti-terrorist team. During the Gulf War, Chris Ryan was the only member of an eight-man unit to escape from Iraq, where three colleagues were killed and four captured. It was the longest escape and evasion in the history of the SAS. For this he was awarded the Military Medal.

He wrote about his experiences in the bestseller The One That Got Away, which was adapted for screen, and since then has written three other works of non-fiction, over twenty bestselling novels and a series of childrens' books.

The action comes bullet-fast and Ryan's experience of covert operations flash through the high-speed story like tracer rounds.—The Sun

Chris Ryan is hard. You don't mess with Chris Ryan. Who better, then, to write a book about how to keep your family safe in these tough times?...Ryan has written a fascinating book...There are some excellent ideas here...The chapter on hand-to-hand combat is a work of genius.—Daily Mail

Ryan chooses fiercely up-to-the-minute plots, and laces them with an exceptional eye for detail and insider knowledge ... Fearsome and fast-moving.—Daily Mail

Nobody takes you to the action better than Ryan, because he's the real deal, and this muscle-and-bone thriller will have fans' blood pumping.—Evening Standard