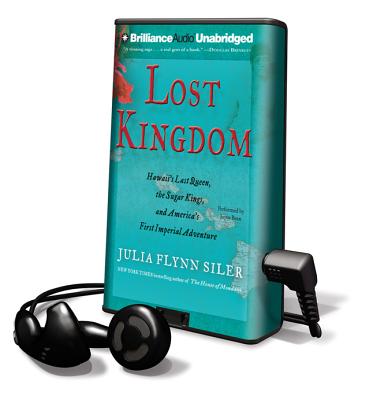 First colonized around 200 A.D. by intrepid Polynesian islanders, Hawaii existed for hundreds of years in splendid isolation. Foreigners did not visit the islands until 1788, when Captain Cook, looking for the fabled Northwest Passage, stumbled upon this nation with its own belief system and culture. Three decades later, fourteen Calvinist missionaries left Boston bound for Hawaii, and when they arrived they converted the royal family to Christianity, and set up missionary schools where English was taught. A thriving monarchy had ruled over Hawaii for generations. Taro fields and fish ponds had long sustained native Hawaiians but sugar plantations had been gradually subsuming them. This fractured, vulnerable Hawaii was the country that Queen Lili uokalani, or Lili u, inherited when she came to power at the end of the nineteenth century. Her predecessor had signed away many of the monarchy's rights, but while Lili u was trying to put into place a constitution that would reinstate them, other factions were plotting annexation. With the help of the American envoy, the USS Boston steamed into Honolulu harbor, and Marines landed and marched to the palace, inciting the Queen's overthrow. The annexation of Hawaii was extremely controversial; the issue caused heated debates in the Senate and President Cleveland gave a strongly worded speech opposing it. This was the first time America had reached beyond the borders of the continental U.S. in an act of imperialism. It was not until President McKinley was elected and the Spanish-American War erupted, that Hawaii became a critical strategic asset, and annexation finally passed Congress in 1898.