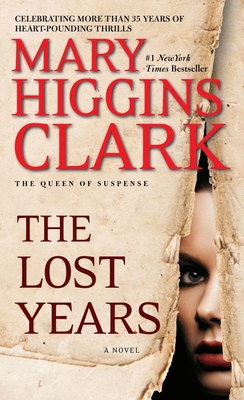 Now in mass market, the latest suspense from #1 New York Times bestselling author and Queen of Suspense Mary Higgins Clark, where a biblical scholar is found murdered shortly after discovering the most revered and holy document in human history, which has now gone missing...

Dr. Jonathan Lyons, a seventy-year-old biblical scholar, believes he has found the rarest of parchments—a letter that may have been written by Jesus Christ. Stolen from the Vatican library in the fifteenth century, it was assumed to be lost forever.

Under the promise of secrecy, Jonathan attempts to confirm his findings with several other biblical experts. But on the eve before his own murder, he confides to Father Aiden O’Brien, a family friend, that one of those whom he trusted most is determined to keep it from being returned to the Vatican.

The next evening Jonathan Lyons is found shot to death in his New Jersey home. His daughter, twenty-seven year old Mariah, finds her father’s body sprawled over his desk in his study, a fatal bullet wound in the back of his neck, and her mother, Kathleen, an Alzheimer’s victim, hiding in the study closet, incoherent and clutching the murder weapon. The police suspect that Kathleen, who in her lucid moments knows that Jonathan was involved with a much younger woman Lily Stewart, has committed the murder.

But Mariah believes that the key to her father’s death is tied to another question: Where is the missing parchment? Whom, among his close circle of friends, might he have consulted? And did one of them kill to keep possession of the letter?

What Mariah doesn’t know is that there was an eyewitness to the murder, someone whose unwise attempt to blackmail the killer begins a new circle of death, with Mariah as the ultimate target of one person’s obsession with a priceless historical treasure.

With all the elements that have made her a worldwide bestseller, Mary Higgins Clark’s The Lost Years is at once a breathless murder mystery and a hunt for what may be the most precious religious and archeological treasure of all time.

The #1 New York Times bestselling author Mary Higgins Clark wrote forty suspense novels, four collections of short stories, a his­torical novel, a memoir, and two children’s books. With bestselling author Alafair Burke she wrote the Under Suspicion series including The Cinderella Murder, All Dressed in White, The Sleeping Beauty Killer, Every Breath You Take, and You Don’t Own Me. With her daughter Carol Higgins Clark, she coauthored five more suspense novels. More than one hundred million copies of her books are in print in the United States alone. Her books are international bestsellers.

“Once again Mary Higgins Clark affirms why she is the ‘Queen of Suspense’… Ms. Clark has another winner for her readers to enjoy getting us there with this entertaining taut tale in which the suspense spins from family violence to biblical archeological violence.” --Mystery Gazette

“At once a breathless murder mystery and a hunt for what may be the most precious religious and archeological treasure of all time.” --BookReporter.com

"Clark, known rightly as the queen of suspense, performs her usual magic…An intriguing blend of religious history and contemporary mystery, “The Lost Years” confirms Clark’s status as a writer who is willing and able to bend her formula – and to do so successfully—to address topics not often found in the genre.” --Richmond Times Dispatch

“If you’re someone who enjoys sharing novels with others, though, beware: lend this book and you may never get it back. That’s because, for mystery fans, ‘The Lost Years’ is truly a keeper.” --Pittsburgh Tribune