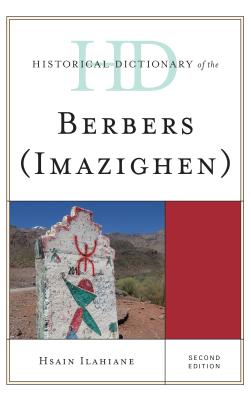 By Hsain Ilahiane
This title is not available for purchase.

Berbers, also known as Imazighen, are the ancient inhabitants of North Africa, but rarely have they formed an actual kingdom or separate nation state. Ranging anywhere between 15-50 million, depending on how they are classified, the Berbers have influenced the culture and religion of Roman North Africa and played key roles in the spread of Islam and its culture in North Africa, Spain, and Sub-Saharan Africa. Taken together, these dynamics have over time converted to redefine the field of Berber identity and its socio-political representations and symbols, making it an even more important issue in the 21st century. This second edition of Historical Dictionary of the Berbers contains a chronology, an introduction, appendixes, and an extensive bibliography. The dictionary section has over 200 cross-referenced entries on important personalities, places, events, institutions, and aspects of culture, society, economy, and politics. This book is an excellent resource for students, researchers, and anyone wanting to know more about the Berbers.

Hsain Ilahiane is associate professor of anthropology at the University of Kentucky, Lexington, Kentucky.