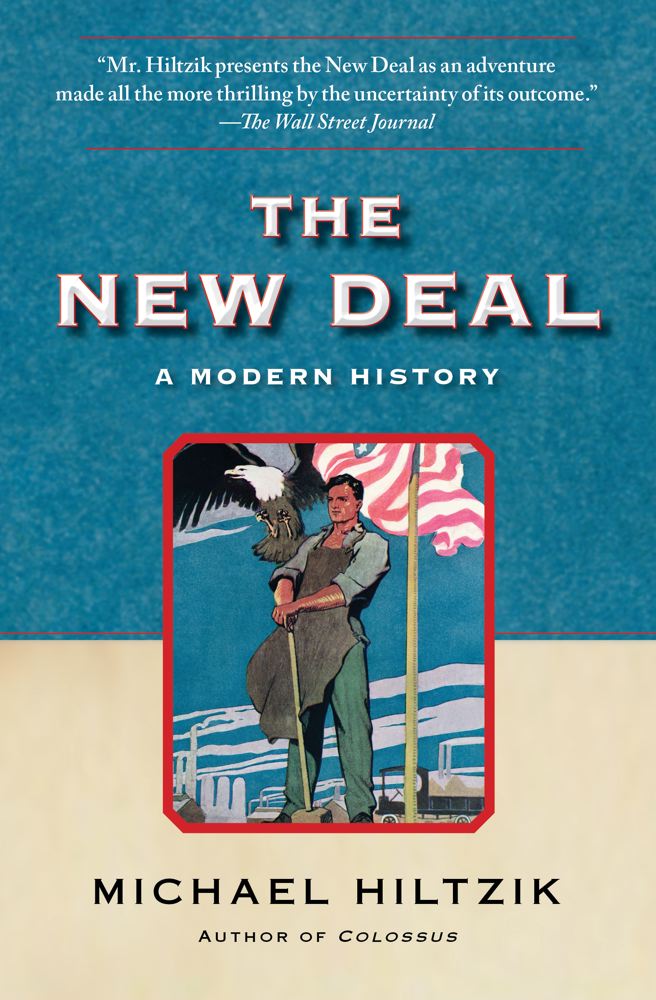 By Michael Hiltzik
$20.00
Have a question? Please let us know and we will reply as soon as we can. Thanks!

In this bold reevaluation of a decisive moment in American history, Pulitzer Prize-winning author Michael Hiltzik dispels decades of accumulated myths and misconceptions to capture its origins, its legacy, and its genius.

In this bold reevaluation of a decisive moment in American history, Michael Hiltzik dispels decades of accumulated myths and misconceptions about the New Deal to capture with clarity and immediacy its origins, its legacy, and its genius.

“Makes fascinating reading for a nation facing many of the same problems it confronted, and conquered, 80 years ago.” –Philadelphia Inquirer

“Mr. Hiltzik presents the New Deal as an adventure made all the more thrilling by the uncertainty of its outcome—‘a work in progress from its beginning to end’—and one that sustained democracy by keeping America from social and economic collapse.”—The Wall Street Journal

“Hiltzik gives a thrilling sense of the sweaty, seamy personal side of politics…the extent to which the various provisions of the New Deal were a non-ideological improvisation, hectic, driven, often fizzling and failing. Yet the big picture effects were swift and direct: 11.5 million people were unemployed in 1932; 6.2 million at the end of 1938. Pertinent, timely.” —Los Angeles Times

“A sweeping, lively survey… [written] with panache and skill…A timely, well-executed overview of the program that laid the foundation for the modern progressive state.”—Kirkus Reviews

“Terrific, energetically written and eminently readable….narrated with vigorous prose, a clear-sighted appreciation of just what motivated FDR and his allies, and a modern understanding of what they actually accomplished. And unlike the doorstop histories, you'll finish it quickly enough to be left wishing for more.” —Mother Jones