At the Wolf's Table: A Novel (CD-Audio) 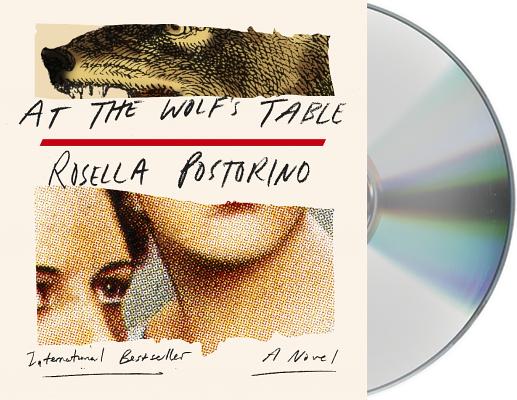 "Narrator Polly Stone gives us a believable depiction of Rosa Sauer...The story is compelling, and the performance memorable." — AudioFile Magazine

At the Wolf's Table is a moving audiobook based on the untold true story of the women conscripted to be Hitler’s food tasters, from internationally bestselling author Rosella Postorino.

"They called it the Wolfsschanze, the Wolf’s Lair. 'Wolf' was his nickname. As hapless as Little Red Riding Hood, I had ended up in his belly. A legion of hunters was out looking for him, and to get him in their grips they would gladly slay me as well."

Germany, 1943: Twenty-six-year-old Rosa Sauer’s parents are gone, and her husband Gregor is far away, fighting on the front lines of WWII. Impoverished and alone, she makes the fateful decision to leave war-torn Berlin to live with her in-laws in the countryside, thinking she’ll find refuge there. But one morning, the SS come to tell her she has been conscripted to be one of Hitler’s tasters: three times a day, she and nine other women go to his secret headquarters, the Wolf’s Lair, to eat his meals before he does. Forced to eat what might kill them, the tasters begin to divide into The Fanatics, those loyal to Hitler, and the women like Rosa who insist they aren’t Nazis, even as they risk their lives every day for Hitler’s.

As secrets and resentments grow, this unlikely sisterhood reaches its own dramatic climax. What’s more, one of Rosa’s SS guards has become dangerously familiar, and the war is worsening outside. As the months pass, it becomes increasingly clear that Rosa and everyone she knows are on the wrong side of history.

Praise for At the Wolf's Table:

"[Postorino's] ability to beautifully convey feelings of guilt, shame, love and remorse in a single gesture is a sign that we will be hearing more from her." — New York Times Book Review

Rosella Postorino is an internationally bestselling author and an editor. She speaks fluent English, Italian, French, and German. At the Wolf’s Table is her first novel to be translated into English.

Polly Stone has recorded a number of popular audiobooks, the most prominent of which is Sarah's Key by Tatiana de Rosnay. Publishers Weekly praised her narration of the novel saying that " Polly Stone gives an excellent performance... [The] novel is captivating, and the powerful narration gives it even greater impact." She has also narrated Shaggy Muses and is the author of 1003 Great Things About Being Jewish.

“Postorino reconstructs a truly unusual everyday existence in which the rules have changed and there is no room for accommodations…. With literary skill she weaves together historical facts and fiction…” —Corriere della Sera, Italy

“Hailed as the new The Reader…the wording is rich, precise. At every twist and turn, the masterfully developed narration avoids predictability and comforting outcomes, up to the surprise ending…” —La Repubblica, Italy