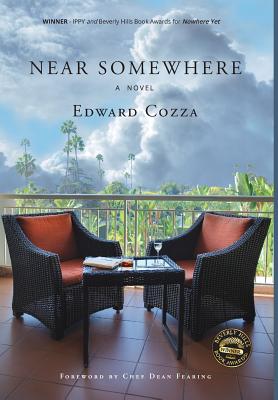 Recipient-2015 Beverly Hills Book Award Gold Medal-New Fiction. Connection. Townes Mantle has hit the wall in his life and he doesn't really feel a connection with anyone. He has his dog, and he has his band partner Zeeder. but he needs more, and now his life of endless travel is rapidly making his nerves unravel. He needs someone to share his life with, someone to tell him he is all right, tell him he isn't going to fall apart. He just needs to rearrange, get out the novel he has been writing, and the universe will talk care of the rest. That is when three women enter his life and his complications take on an entirely different tone. With the return of characters(from previous novel Nowhere Yet), Annie and Kat, who both take a liking to Townes, but are themselves struggling with their own internal forces. Add to the mix: a despicable person from Annie's past that won't go away. Towne's closest friend Zeeder, with seemingly no traceable past. A famous actress with a mystical sense. A high spirited wine maker, and the connections begin in ernest, but not without complication. Trouble lurks within the man from Annie's past and his unscrupulous cohorts, which could prove to be dangerous for anyone near them. Southern California, New York, Dallas and the California Wine country serve as the backdrop for people connecting with each other, and Townes doing everything he can to keep from throwing his briefcase in the river and walking away. With a Foreword by Chef Dean Fearing, Near Somewhere is the second installment of the series by author Edward Cozza, that began with IPPY Gold Medal and 3 Beverly Hills Book Awards winner for his debut novel Nowhere Yet.