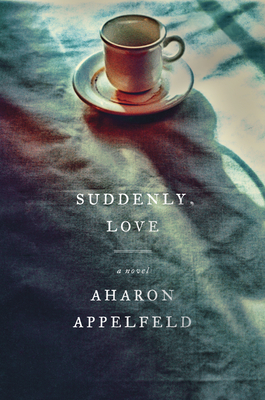 "Aharon Appelfeld is one of the subtlest, most unorthodox, and most exactingly perceptive novelists to make the memory of the Holocaust his abiding project." --Philip Gourevitch, The New Yorker

A lonely older man and his devoted young caretaker transform each other’s lives in ways they could never have imagined.

Ernst is a gruff seventy-year-old Red Army veteran from Ukraine who landed, almost by accident, in Israel after World War II. A retired investment adviser, he lives alone (his first wife and baby daughter were killed by the Nazis; he divorced his shrewish second wife) and spends his time laboring over his unpublished novels. Irena, in her mid-thirties, is the unmarried daughter of Holocaust survivors who has been taking care of Ernst since his surgery two years earlier; she arrives every morning promptly at eight and usually leaves every afternoon at three. Quiet and shy, Irena is in awe of Ernst’s intellect. And as the months pass, Ernst comes to depend on the gentle young woman who runs his house, listens to him read from his work, and occasionally offers a spirited commentary on it.

But Ernst’s writing gives him no satisfaction, and he is haunted by his godless, Communist past. His health, already poor, begins to deteriorate even further; he becomes mired in depression and seems to lose the will to live. But this is something Irena will not allow. As she becomes an increasingly important part of his life—moving into his home, encouraging him in his work, easing his pain—Ernst not only regains his sense of self and discovers the path through which his writing can flow but he also discovers, to his amazement, that Irena is in love with him. And, even more astonishing, he realizes that he is in love with her, too.

AHARON APPELFELD is the author of more than forty works of fiction and nonfiction, including The Iron Tracks, Until the Dawn's Light (both winners of the National Jewish Book Award), The Story of a Life (winner of the Prix Médicis Étranger), and Badenheim 1939. Other honors he has received include the Giovanni Boccaccio Literary Prize, the Nelly Sachs Prize, the Israel Prize, the Bialik Prize, and the MLA Commonwealth Award. Blooms of Darkness won the Independent Foreign Fiction Prize in 2012 and was short-listed for the Man Booker International Prize in 2013. Born in Czernowitz, Bukovina (now part of Ukraine), in 1932, he died in Israel in 2018.

“The questions Suddenly, Love poses are not only those of Jewish displacement, Jewish memory, and Jewish identity. Woven in are also questions of language, of the proper relationship of words to life . . . In treating the largest of possible subjects—life, death, faith, language, identity, ethical responsibility—Appelfeld is one with Emily Dickinson’s directive, ‘Tell all the truth but tell it slant.’ Suddenly, Love is a brilliantly hybrid creature: It has the real-life detail of the traditional novel, but it also make us travel into the worlds of folk tales and magic, prayers and dreams. All this is accomplished with deftness and clarity.”
—Mary Gordon, The New York Times Book Review

“Suddenly, Love has all the wisdom, compassion, restraint, and exquisite clarity we have come to expect from Appelfeld . . . It is a powerful story of redemption through faith and love . . . the product of an extraordinarily creative imagination.”
—Haaretz (Tel Aviv)

“At the end of this spare, slender novel, both Ernst’s and Irena’s lives have been transformed. It isn’t far-fetched to suggest that, in some subtle way, the reader has been changed, too.”
—The Jewish Journal (Los Angeles)

“In a tradition that does not sacrifice reason but reveres it, that turns study itself into a sacred activity, does goodness still look like simplicity, or does it take other forms? These are the fascinating questions posed by Suddenly, Love.”
—Tablet

“The novel’s obvious virtues include Appelfeld’s characteristically spare, stripped-down prose, rendered in Jeffrey M. Green’s elegant translation, and the narrative’s seamless interweaving of past and present . . . In this borderland between life and death, memory and imagination, [Ernst and Irena] fashion a love story that, however unlikely, will move all but the most skeptical of readers.”
—The Boston Globe

“Suddenly, Love spotlights Appelfeld’s genius for depicting a quietude of soul in a world that oscillates between rasp and ruin. In its murmured telling, it becomes a deeply interior hymn to the sustaining, ballasting brew of loyalty and affection . . . Appelfeld has always been a master of the subtle, Chekhovian misunderstandings between individuals.”
—The New Republic

“A quiet, moving, and utterly convincing story about the growing love between an aging author and his companion . . . Appelfeld writes simply but gorgeously about important things, and the translation is particularly graceful and supple.”
—Kirkus Reviews (starred)

“A quiet, contemplative story about empathy, connection, and finding love when you least expect it. Readers of Amos Oz and A. B. Yehoshua will enjoy Appelfeld’s storytelling.”
—Library Journal

Until the Dawn’s Light
“With a deftness that allows single words to suggest volumes of emotional complication, Appelfeld draws us into this young mother’s story . . . [A] remarkable novel . . . Masterly and finely wrought.”
—Julie Orringer, The New York Times Book Review

Blooms of Darkness
“Like Anne Frank’s diary—a work to which it will draw justified comparison—Blooms of Darkness records a brutal process of education [through which] Appelfeld reveals his compassion, his wisdom, and his restraint . . . Majestic and humane.”
—David Leavitt, The New York Times Book Review

Laish
“The appearance of simplicity is, of course, the result of care and control, and the success with which it is achieved is one of the most notable and impressive features of this strikingly original novel, comparable in its way, though very different in tone, to some of the early work of Ernest Hemingway.”
—Barry Unsworth, The New York Times Book Review

All Whom I Have Loved
“Poetic in his instincts, Appelfeld has an artfully spare writing style, pregnant in its imagery, intentionally coy in its resonance.”
—Liesl Schillinger, The New York Times Book Review

The Iron Tracks
“Appelfeld is a writer of genuine distinction who has transformed his own experience into literature of exceptional clarity and power.”
—Jonathan Rosen, The New York Times Book Review

Katerina
“Appelfeld reimagines the place of his own origins through a perspective that in its generosity of feeling recalls Tolstoy and Chekhov.”
—Judith Grossman, The New York Times Book Review