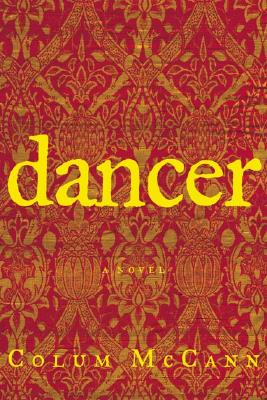 By Colum McCann
Email or call for price.
Special Order

From the acclaimed author of This Side of Brightness, the epic life and times of Rudolf Nureyev, reimagined in a dazzlingly inventive masterpiece-published to coincide with the tenth anniversary of Nureyev's death
A Russian peasant who became an international legend, a Cold War exile who inspired millions, an artist whose name stood for genius, sex, and excess-the magnificence of Rudolf Nureyev's life and work are known, but now Colum McCann, in his most daring novel yet, reinvents this erotically charged figure through the light he cast on those who knew him.
Taking his inspiration from the biographical facts, McCann tells the story through a chorus of voices: there is Anna Vasileva, Rudi's first ballet teacher, who rescues her protégé from the stunted life of his town; Yulia, whose sexual and artistic ambitions are thwarted by her Soviet-sanctioned marriage; and Victor, the Venezuelan hustler, who reveals the lurid underside of the gay celebrity set. Spanning four decades and many worlds, from the horrors of Stalingrad to the wild abandon of New York in the eighties, Dancer is peopled by a large cast of characters, obscure and famous: doormen and shoemakers, Margot Fonteyn and John Lennon. And at the heart of the spectacle stands the artist himself, willful, lustful, and driven by a never-to-be-met need for perfection.
In ecstatic prose, McCann evokes the distinct consciousness of the man and the glittering reflection of the myth. The result is a monumental story of love, art, and exile.

Colum McCann is the author of books including "This Side of Brightness," "Zoli," "Songdogs" and "Let the Great World Spin." He has received the International IMPAC Dublin Literary Award, a Pushcart Prize, and was named the first winner of the Grace Kelly Memorial Foundation Award and the Princess Grace Memorial Literary Award. He lives in New York City.