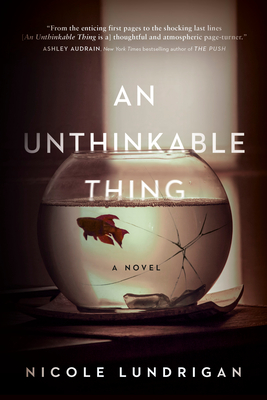 A tragedy brings a young boy into the home of a "perfect" family--one whose dark secrets begin closing in, until a horrifying moment changes everything.

Tommie Ware’s life is turned upside down the summer of 1958, just after his eleventh birthday. When his beloved aunt—the woman who raised him—doesn’t return after her shift as a night nurse and is later found murdered, there is only one place left for Tommie to go: “home” to the mother who handed him over the day he was born.
All is not as it seems behind the hedgerow surrounding the lavish Henneberry estate where Tommie’s mother, Esther, works as live-in housekeeper. Her employers have agreed he can stay until she “sorts things out,” but as she's at the family’s beck and call around the clock, Tommie is mostly left on his own to navigate the grounds, the massive house, and the twisted family inside.
Soon he is enmeshed in the oppressive attentions of matriarch Muriel, who is often heavily medicated, and of fifteen-year-old Martin, who treats Tommie sometimes like a kid brother, sometimes like a pawn in a confusing game. While Dr. Henneberry mostly ignores Tommie, he also seems eager for him to be gone. Then there’s the elderly neighbour, who may know more about the family's past than anyone else will say.
By summer's end, the secrets and games tighten around Tommie and his mother, until a horrific crime is discovered and we are faced with an unthinkable question: could an eleven-year-old boy really have committed cold-blooded murder?

NICOLE LUNDRIGAN is the author of several critically acclaimed novels, including Hideaway, which was shortlisted for the Arthur Ellis Award for Best Crime Novel, The Substitute, and Glass Boys. Her work has appeared on “best of” selections from The Globe and Mail, Amazon.ca, Chatelaine, Now magazine, and others. She grew up in Newfoundland, and now lives in Toronto.

One of:
CBC's "Fiction Books to Watch for in Spring 2022"
The Globe and Mail’s “Six thrillers to help soothe the crime of summer’s end”
CBC’s “22 Canadian books that will get you in the Halloween spirit”

“In Nicole Lundrigan’s An Unthinkable Thing we meet 11-year-old Tommie Ware, whose life is forever changed by the dark secrets of the wealthy family his estranged mother works for. Gothic horror meets literary suspense, this novel showcases Lundrigan’s impressive talent for crafting a story that is propulsive yet measured, never giving up its mysteries too easily. Flawlessly captivating, this is the book I’ve been waiting to read all year.”
—Karma Brown, # 1 national bestselling author of Recipe for a Perfect Wife

“From the enticing first pages to the shocking last lines (don’t peek!), Nicole Lundrigan’s An Unthinkable Thing explores the trauma of loneliness and the power of belonging, through the eyes of a tender, unforgettable young narrator. You’ll be deeply moved by this thoughtful and atmospheric page-turner.”
—Ashley Audrain, #1 national bestselling author of The Push

“In An Unthinkable Thing, Nicole Lundrigan goes deep behind the glittering curtain of a perfect family, skillfully revealing their darkest secrets one shocking layer at a time. Expertly paced, with a voice that’s both tender and innocent, this twisted suspense story’s jaw-dropping events kept me glued to the pages until the ultimate satisfying surprise. A must read.”
—Hannah Mary McKinnon, internationally bestselling author of You Will Remember Me

“A magnificent example of all the elements of fine fiction—an engaging narrative voice, a profound evocation of time and place, a complex braiding of plot lines—converging to create the perfect tale. Add to this enticing mix a deeply compelling mystery that doesn’t wholly reveal itself until the final page, and what more could any reader ask for? If I were a judge on the Edgar Committee for Best Novel, this story would be at the top of my short list.”
—William Kent Krueger, New York Times bestselling author of This Tender Land

“I read An Unthinkable Thing with my heart in my throat. Nicole Lundrigan masterfully sets the stage with a nostalgic late-1950s backdrop, then ratchets up the tension as she slowly reveals that nothing is quite what it seems. This slow burn mystery builds to an inferno that will keep readers riveted until the final, satisfying page. Five enthusiastic stars!”
—Nicole Baart, bestselling author of Everything We Didn’t Say

"Perfect reading for the last lazy golden days of September. . . . Lundrigan maintains the pace and keeps the tension and suspense right to the end and there are some really good twists."
—The Globe and Mail