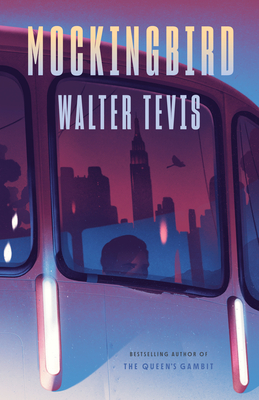 "Set in a far future in which robots run a world with a small and declining human population" (San Francisco Chronicle), a haunting, dystopian vision of humanity and its last hope for survival from the bestselling author of The Queen's Gambit

In the future, the human race has ceased to progress. Granted endless leisure by widespread automation, the masses devote themselves solely to the pleasures of the here and now, to drugs that dull their senses and electronic bliss that disconnects them from reality. Theirs is a world that is without meaning or purpose, without art, children, or reading, and overseeing the bleak persistence of humanity is an intelligent machine whose only wish is to extinguish its own existence.

But when two ordinary people begin to fight the system, hope for the human race glimmers in their journey as they attempt to realize the full potential of humanity.

"Set in a far future in which robots run a world with a small and declining human population, this novel could be considered an unofficial sequel to Fahrenheit 451, for its central event and symbol is the rediscovery of reading." —San Francisco Chronicle

"Because of its affirmation of such persistent human values as curiosity, courage, and compassion, along with its undeniable narrative power, Mockingbird will become one of those books that coming generations will periodically rediscover with wonder and delight." —The Washington Post

"I've read other novels extrapolating the dangers of computerization but Mockingbird stings me, the writer, the hardest. The notion, the possibility, that people might indeed lose the ability, and worse, the desire to read, is made acutely probable." — Ann McCaffery, New York Times bestselling author

"Walter Tevis is science fiction's great neglected master, one of the definitive bridges between sf and literature.  For those who know his work only through the movies, the lucid prose and literary vision of Mockingbird . . . will come as a revelation."  —Al Sarrantonio,  author of The Five Worlds