The Book of Ted (Hardcover) 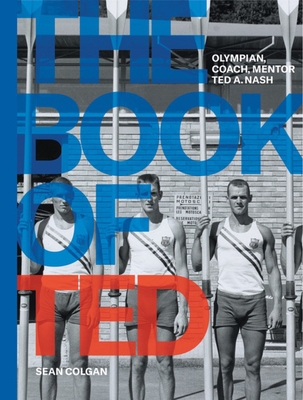 By Sean Colgan, Kate Hensler Fogarty (Editor)
$60.00
Have a question? Please let us know and we will reply as soon as we can. Thanks!

"A profoundly moving tribute to one of the most admirable coaches of modern times."
--ANDREW ROBERTS
Author of Churchill: Walking with Destiny

Olympic medal-winning rower. Olympic and University of Pennsylvania rowing coach. Co-founder of the National Women's Rowing Association. Over his rowing career, Ted A. Nash produced 48 medals in Olympic, World, and Pan American events with 76 crews. But he was never just a coach"; he was a coach of men.

Not since The Boys in the Boat has a book captured the unique bond between oarsmen, forged in blood, sweat, and grit. To many, "Ted" was legendary for his strength, strategy, and ferocity, but he was also a father figure, team player, and champion of the underdog. The Book of Ted is a fascinating compilation of motivational, heartfelt, humorous anecdotes from dozens of men and women who were coached or touched by Ted. This full-color, coffee-table book features rarely seen photographs and race plans, letters, and speeches from over the decades.

The Book of Ted is by Sean Colgan, who was coached by Ted for fourteen years through Penn and eight national teams and Olympics. Ted's legacy and lessons will resonate with anyone in the rowing community and beyond.