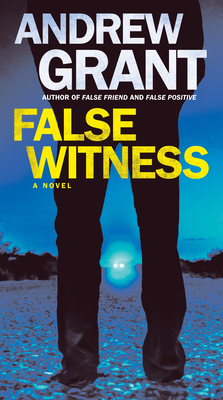 This is book number 3 in the Detective Cooper Devereaux series.

A woman disappears on her twenty-first birthday. The following day her body is found, wrapped neatly like a gift in a crumbling, sun-speckled graveyard. What does Detective Devereaux have to go on? Very little. No motive, no suspects. Then another victim is discovered in a crematorium parking lot. Again, she was killed on her twenty-first birthday. Again, her body was wrapped like a gift. By the third murder the tabloids have dubbed the homicidal monster the Birthday Killer—and Devereaux is under the gun.

While Devereaux’s own violent and mysterious past nips at his heels, and his fragile home life threatens to unravel, he can’t afford to be anything but totally obsessed with the frantic search through the many layers of this city, from its wealthy enclaves to its dark criminal underbelly. The only certainty is that Devereaux is hunting a killer determined to fulfill a deranged agenda in which women’s lives are extinguished like candles on a cake.

Andrew Grant is the author of RUN, False Positive, and False Friend. He was born in Birmingham, England. He attended the University of Sheffield, where he studied English literature and drama. He ran a small independent theater company, and subsequently worked in the telecommunications industry for fifteen years. Grant and his wife, the novelist Tasha Alexander, live on a wildlife preserve in Wyoming.

“A suspenseful action-packed drama that is sure to please fans of the series and mystery/thriller lovers alike.”—Library Journal

“An incendiary thriller . . . Cooper is solid—decent, flawed, and entertaining.”—Kirkus Reviews

“Engrossing . . . Action-driven, the book’s pace never stops until the startling conclusion, which will chill to the core.”—RT Book Reviews (top pick)

“An adrenaline-fueled thrill ride that will have your head spinning and your heart pounding.”—Joseph Finder

“Grant always delivers the goods. . . . Relentless, twisty, and blistering-fast, RUN is a book you don’t dare start at bedtime.”—Sean Chercover