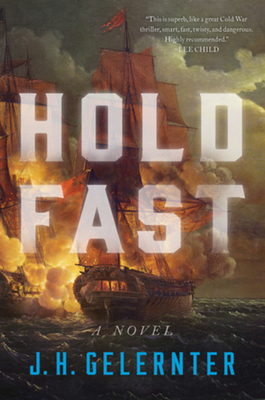 This is book number 1 in the A Thomas Grey Novel series.

A desperate sea battle; a fortune risked on the turn of a card; a duel at dawn with the loser…Patrick O’Brian meets James Bond.

It’s 1803. The Napoleonic Wars are raging, Britain is on her heels, and His Majesty’s Secret Service has just lost its best agent, Thomas Grey. Deeply depressed by his wife’s untimely death, Grey resigns from the service and accepts an offer to join a lumber firm in Boston. But when a sea battle with a privateer forces the ship carrying him west to make port in neutral Portugal, Grey is approached with a counteroffer: become a wealthy man by selling out Britain’s spy network to France. The French take Grey for a disgruntled ex–naval officer, blithely unaware that Grey had lost his wife to an unlucky shot from a French cannon.

Now, after many years serving King and Country, Grey seizes the opportunity to fight a covert war of his own. He travels to Paris, and—playing the part of the invaluable turncoat the French believe him to be—proceeds to infiltrate the highest levels of Napoleon’s government. If he can outwit his handlers, outmatch his French counterparts, and outrun Napoleon’s secret police, Grey may just avenge his wife’s death and turn the tide of war in England’s favor. Bursting with action and intrigue, Hold Fast sends readers headlong into an unrelenting spy thriller.

J. H. Gelernter lives in Connecticut. He is the author of the Captain Grey novel, Hold Fast.

Picture this: James Bond in a red coat, tight white breeches, and a powdered wig topped off with an odd mésalliance between a top hat and a cowboy hat.…[A] rip-roaring novel.
— Susan Lowell - Historical Novel Society

Brilliant writing, vivid characters, thrilling battle scenes—all the hallmarks of great historical fiction are to be found in this suspenseful tale of an English intelligence agent in the war against Napoleon. Fans of the late Patrick O’Brian will be enthralled.
— Ian W. Toll, New York Times best-selling author of Twilight of the Gods

In Hold Fast, J. H. Gelernter has given us a stirring adventure tale with a headlong narrative that never flags. Set midway through the Napoleonic Wars, its immensely resourceful and appealing hero, Thomas Grey (humorous; cool-minded; lethal but not bloodthirsty), cuts a spectacular path through a richly imagined early nineteenth-century world. Readers will know at once that if Mr. Gelernter can bring simmering suspense to each hand dealt in an antique French card game they have most likely never even heard of, he won’t disappoint them when it comes to warships hammering it out yardarm to yardarm, or in the more intimate violence of a rapier duel. Although most of the action takes place on land, the novel is imbued throughout with the spirit of the Royal Navy in the great age of fighting sail, and I hope to take many more voyages in the company of Captain Grey.