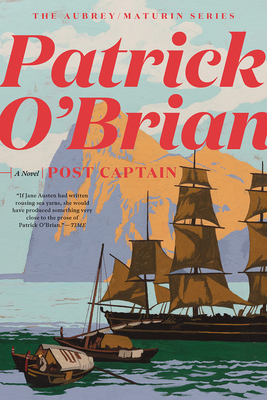 This is book number 2 in the Aubrey/Maturin Novels series.

“If Jane Austen had written rousing sea yarns, she would have produced something very close to the prose of Patrick O'Brian.” —Time

It’s 1802. The Treaty of Amiens has brought an end to the hostilities between Great Britain and France. Captain Jack Aubrey and his friend, naval surgeon Stephen Maturin, are enjoying the respite in the English countryside, besotted with two beautiful cousins, Sophie Williams and Diana Villiers—until Aubrey loses his fortune and they flee to France to escape his creditors. While in France, Napoleon smashes the Peace of Amiens and war begins anew. Aubrey and Maturin, now finding themselves behind enemy lines, make their way back to England. Maturin is sent to Spain on an intelligence-gathering mission and the now-solvent Aubrey assumes command of a strange warship, pursuing his quarry straight into the mouth of a French-held harbor. Amidst the rollicking adventures at sea and mishaps on land, Aubrey and Maturin’s friendship is tested by their romantic entanglements with the cousins in this brilliant second installment of the epic series.

One of our greatest contemporary novelists, Patrick O’Brian is the author of the twenty volumes of the best-selling Aubrey/Maturin series, as well as many other books, including Testimonies, The Golden Ocean, The Unknown Shore, and biographies of Joseph Banks and Picasso.

[Patrick O’Brian] has created characters and stories that are part of my life.… His Aubrey-Maturin series, 20 novels of the Royal Navy in the Napoleonic Wars, is a masterpiece.
— David Mamet - New York Times