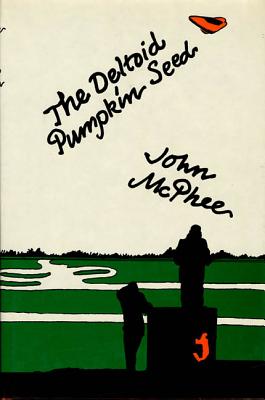 By John McPhee
$18.95
Have a question? Please let us know and we will reply as soon as we can. Thanks!

This is the fascinating story of the dream of a completely new aircraft, a hybrid of the plane and the rigid airship - huge, wingless, moving slowly through the lower sky. John McPhee chronicles the perhaps unfathomable perseverance of the aircraft's sucessive progenitors

John McPhee was born in Princeton, New Jersey, and was educated at Princeton University and Cambridge University. His writing career began at Time magazine and led to his long association with The New Yorker, where he has been a staff writer since 1965. Also in 1965, he published his first book, A Sense of Where You Are, with Farrar, Straus and Giroux, and in the years since, he has written over 30 books, including Oranges (1967), Coming into the Country (1977), The Control of Nature (1989), The Founding Fish (2002), Uncommon Carriers (2007), and Silk Parachute (2011). Encounters with the Archdruid (1972) and The Curve of Binding Energy (1974) were nominated for National Book Awards in the category of science. McPhee received the Award in Literature from the Academy of Arts and Letters in 1977. In 1999, he was awarded the Pulitzer Prize for Annals of the Former World. He lives in Princeton, New Jersey.

“It's a book Leonardo da Vinci would have warmed to, a set of experiments he's have changed.” —Paul West, The Washington Post

“What gives [McPhee's] writing its powerful fascination is the strange, raw quality of fact: it all really happened, just the way . . . McPhee watches so intently that the Aereon and its people become real and important to the reader.” —Skow, Los Angeles Times

“McPhee has a genius for writing about unusual people whose activities border on the eccentric, and the Aereon project abounded with them. His engrossing account can be read at a sitting.” —Donald R. Morris, The Houston Post