The Elements of Style (Hardcover) 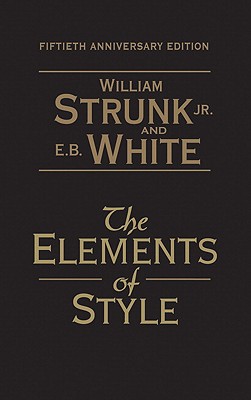 William Strunk, Jr. was a Professor of English at Cornell University and first published a private editon of his "little book" in 1919 for his own writing students. The book was published in 1935 by Oliver Strunk.

E. B. White was a student in Professor Strunk's class at Cornell, and used the small volume himself, during which time he became respectful and appreciative of its pithy and indispensable writing advice. Commissioned by Macmillan to revise the book, White edited and created new material for the 1959 and 1972 editions of The Elements of Style.