The Secretary: A Novel (Paperback) 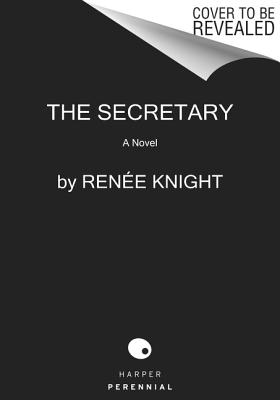 By Renée Knight
$16.99
On Our Shelves Now (Please contact store to confirm availability)

Renée Knight follows up her international sensation Disclaimer with this shivery tale of psychological suspense, featuring a character as disturbing and compelling as Mrs. Danvers in Daphne Du Maurier’s Rebecca.

From her first day as Personal Assistant to the celebrated Mina Appleton, Christine Butcher understands what is expected of her. Absolute loyalty. Absolute discretion. For twenty years, Christine has been a most devoted servant, a silent witness to everything in Mina’s life. So quiet, you would hardly know she is there.

Day after day, year after year, Christine has been there, invisible—watching, listening, absorbing all the secrets floating around her. Keeping them safe.

Christine is trusted. But those years of loyalty and discretion come with a high price. And eventually Christine will pay.

Yet, it would be a mistake to underestimate such a steadfast woman. Because as everyone is about to discover, there’s a dangerous line between obedience and obsession.

Renée Knight worked for the BBC directing arts documentaries before turning to writing. She has had TV and film scripts commissioned by the BBC, Channel Four, and Capital Films. In April 2013, she graduated from the Faber Academy “Writing a Novel” course, whose alumni include S. J. Watson. She lives in London with her husband and two children.

“Knight builds tension in this page-turning story about misplaced loyalty, secrets, manipulation, and class with an alternating time line, slowly revealing what happens when one woman’s desire to be helpful and needed ruins her life. Highly recommended.”
— Library Journal (starred review)

“British author Knight follows 2015’s Disclaimer, her well-received debut, with a decidedly creepy psychological thriller...Readers are sure to be left breathless.”
— Publishers Weekly

“A cinematic page-turner steeped in atmosphere and just awaiting its adaptation to miniseries.”
— Kirkus Reviews

“You will devour this gripping tale of obsession and duty with an ending as dark as it is astonishing. Deliciously addicting!”
— Liv Constantine bestselling author of The Last Mrs. Parrish

“A cool, contemporary, whip-smart thriller.”
— Paula Hawkins, author of The Girl on the Train

“Woah, you are in for a treat with The Secretary! Dark and intriguing with utterly compelling characters. I genuinely couldn’t put it down.”
— —Laura Marshall, author of Friend Request

“Deceptively clever and so unsettling. I love the way she casually slips in a twist that makes you shake your head at how wrong you were!”
— —Lesley Kara, author of The Rumour

“I started reading The Secretary last night and couldn’t put it down… Such a deliciously dark, hugely satisfying read.”
— —Paul Burston, author of The Black Path

“The Secretary is an excellent, dark and clever thriller with a compelling central character. The story draws you in from the start and builds and builds to an intense and unsettling conclusion. I loved it.”
— —Jenny Quintana, author of The Missing Girl