The Dangerous Book for Boys (Hardcover) 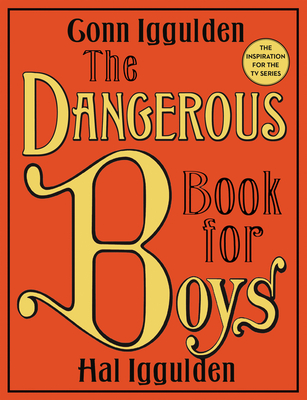 The bestselling book—more than 1.5 million copies sold—for every boy from eight to eighty, covering essential boyhood skills such as building tree houses, learning how to fish, finding true north, and even answering the age old question of what the big deal with girls is—now a Prime Original Series created by Bryan Cranston (Breaking Bad) and Greg Mottola (Superbad).

In this digital age, there is still a place for knots, skimming stones and stories of incredible courage. This book recaptures Sunday afternoons, stimulates curiosity, and makes for great father-son activities. The brothers Conn and Hal have put together a wonderful collection of all things that make being young or young at heart fun—building go-carts and electromagnets, identifying insects and spiders, and flying the world's best paper airplanes.

Born in London, Conn Iggulden read English at London University and worked as a teacher for seven years before becoming a full-time writer. Married with three children, he lives in Hertfordshire. Since publication of 'The Gates of Rome', Conn has written a further thirteen books including the wildly successful 'The Dangerous Book for Boys'.

Hal Iggulden is the artistic director of the Holdfast Theatre Company in Leicester, England.