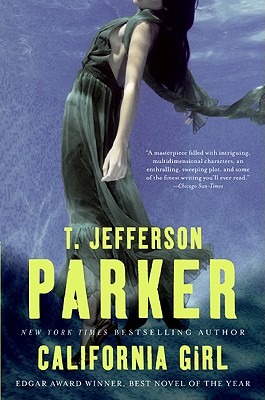 The Orange County, California, that the Becker brothers knew as boys is no more—unrecognizably altered since the afternoon in 1954 when Nick, Clay, David, and Andy rumbled with the lowlife Vonns, while five-year-old Janelle Vonn watched from the sidelines. The new decade has ushered in the era of Johnson, hippies, John Birchers, and LSD. Clay becomes a casualty of a far-off jungle war. Nick becomes a cop, Andy a reporter, David a minister. And a terrible crime touches them all in ways they could never have anticipated when the mutilated corpse of teenage beauty queen Janelle Vonn is discovered in an abandoned warehouse.

T. Jefferson Parker is the bestselling author of seventeen novels, including the Edgar® Award winners California Girl and Silent Joe. Alongside Dick Francis and James Lee Burke, he is one of only three writers who has won the Edgar® Award for Best Novel more than once. Parker lives with his family in Southern California.

“A man much praised doesn’t need more encomiums; but T. Jefferson Parker deserves all he gets.” — Los Angeles Times

“The book is a gripping, atmospheric saga…wonderfully evokes its time and place. California Girl is an unforgettable book.” — Wall Street Journal

“One of the most entertaining tough-guy writers.” — Esquire

“A piercing piece of storytelling.” — Reviewing The Evidence

“Grabs the reader in a stranglehold of poignancy and suspense that doesn’t let up until the final page.” — New Mystery Reader